Most Wanted Wednesday: We feature three of SWFL’s most wanted suspects; Aug. 28

This is your chance to help out the community and give the tip that gets these suspects off the street. Law enforcement officers say these three people need to be found – and you can help. If you have seen them reach out to Crime Stoppers or your local law enforcement. 1-800-780-TIPS (8477). 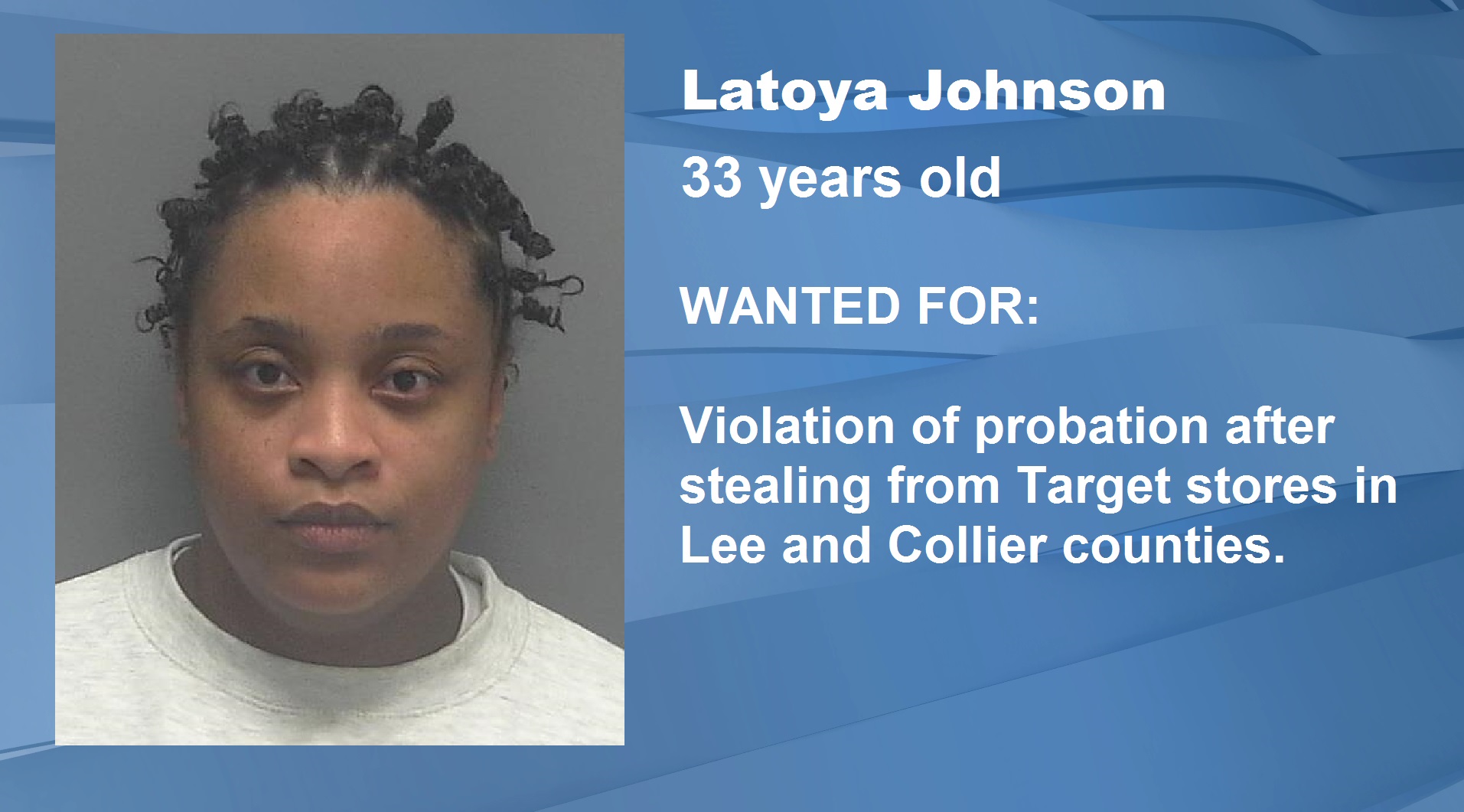 Latoya Johnson (10/22/85) has been dodging deputies after violating terms of her probation on the heels of her latest arrest for theft. Johnson began hitting up Target stores in south Lee County and northern Collier in October of 2014 and hasn’t really slowed down since.

In just about each and every instance, she enters the store, grabs one or more large plastic containers and then fills them up with case upon case of Red Bull energy drinks. Then, rather than pay for the items, she simply carts them out and loads them into the car. She’s been convicted of these crimes several times over, and now she’s back on the radar for her less than law-abiding ways.

In addition to her local arrests, Johnson has also been jailed in Broward County for cocaine and grand theft charges. This 33-year-old felon is 5’1”, 167 pounds, with multiple tattoos on her legs, arms, and shoulders. 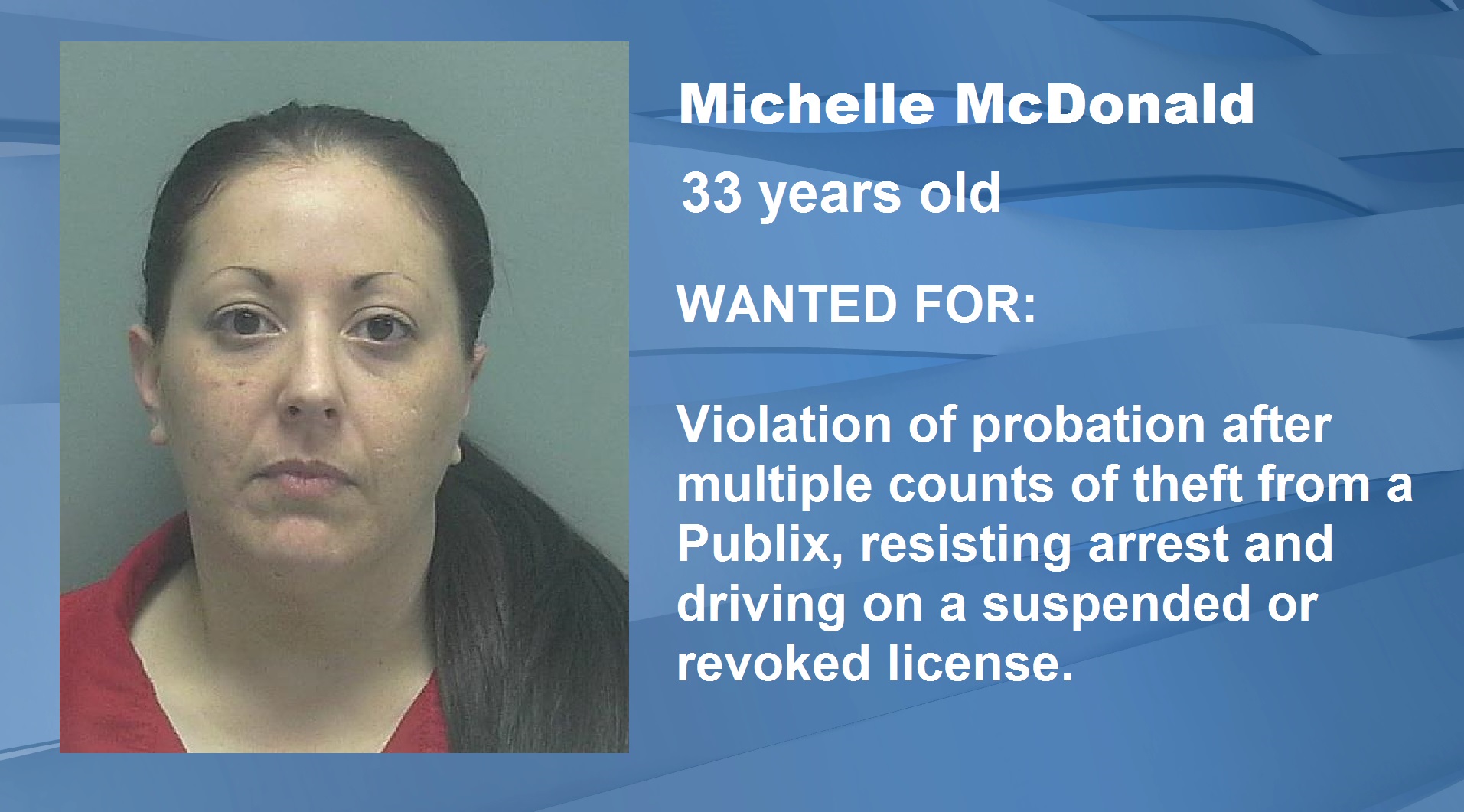 Michelle McDonald (1/28/86) A warrant was issued after she violated terms of her probation for her most recent theft arrest. This repeat offender has nine bookings under her belt at the Lee County Jail for multiple counts of theft, resisting and driving with a suspended or revoked license.

Her most recent arrest was after an hour-long rendezvous at Publix where she selected several items and stowed them away in a large bag. In an effort to not draw attention to herself, she carried a three-ring notebook to give the appearance of being an extreme couponer.

But when she left the store seemingly empty-handed, loss prevention employees stopped her and found ribeye steaks, beauty products and even some Publix subs concealed in her purse. A check of McDonald’s background showed a lengthy history of her being convicted for similar crimes. She is 33 years old, 5’8” and was last known to be living in Lehigh. 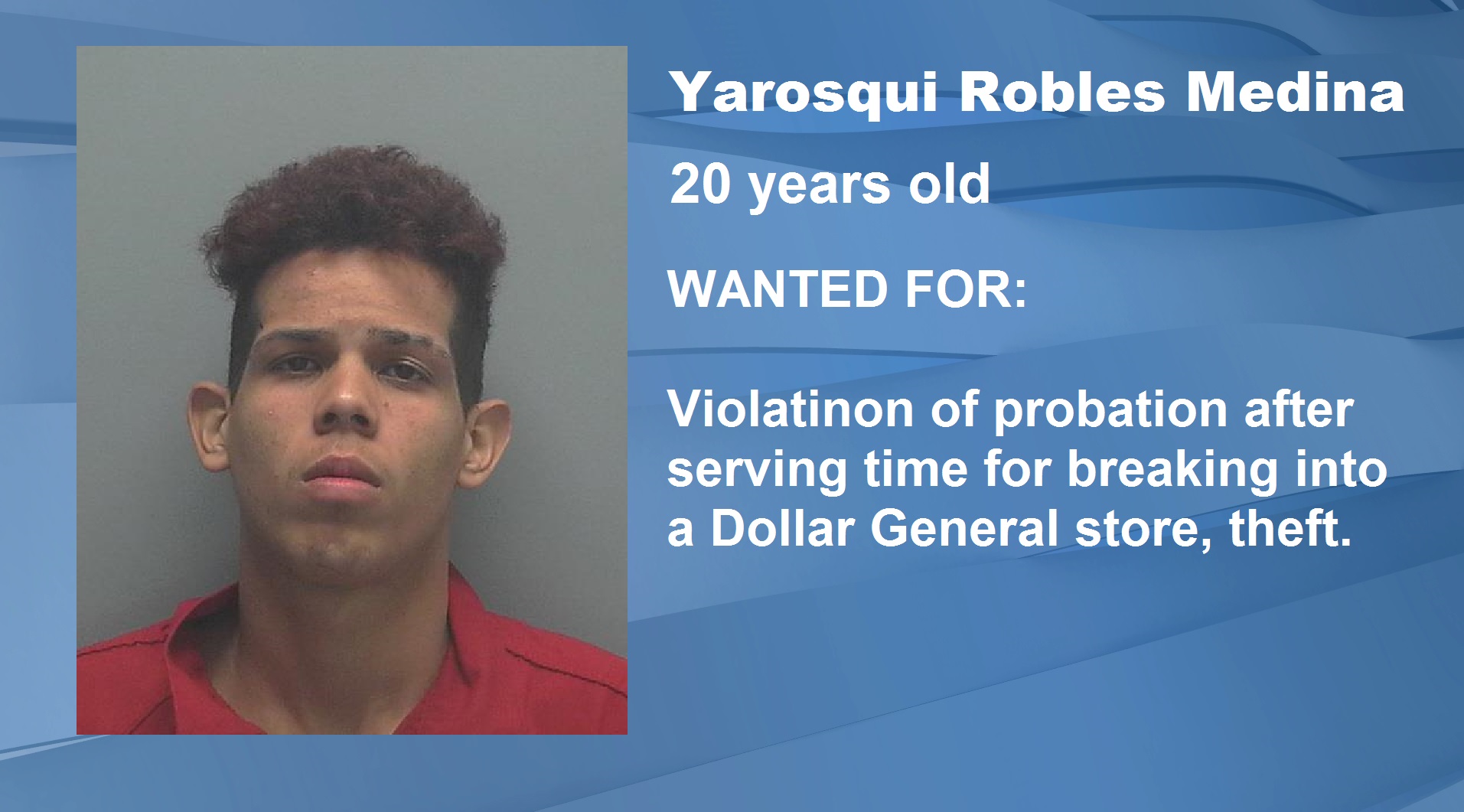 Yarosqui Robles Medina (3/27/99) spent most of the last year behind bars after breaking into a Dollar General store with his cousin. As the men were trying to leave the store with their stolen goods in tow, they coincidentally met up with a marked Sheriff’s Office unit which just happened to be driving by.

Robles Medina thought his best option was to run from the officer, but thanks to the expert sniffer of a K-9 unit, he was quickly stopped in his tracks, while still in possession of stolen cigarettes, cigars, and even ladies bras.

In total, Robles Medina was charged with 19 separate criminal counts, including burglary, grand theft, and criminal mischief. Earlier this month, he violated terms of probation from those charges and now he’s ripe for a return trip to jail with five new warrants for his arrest. Robles Medina is 6’1”, 188 pounds and upon his arrest, he will be held without bond.

Most Wanted Wednesday
1 of 4