Shining on and off the green: SWFL teen golfers awarded full-ride scholarships

Shining on and off the green: SWFL teen golfers awarded full-ride scholarships

A little ice with something sweet poured over the top. That is the recipe a Fort Myers family found for helping homeless students in the area.

Canterbury School junior Holden Gelinas was 10-years-old when he and his two brothers started selling lemonade, all to help other kids in Lee County.

“It all started with WINK News when they did stuff on the bus campaign,” Holden said. “We just kept it going and kept donating school supplies to who needed it.”

Holden said that after seeing students with torn apart backpacks, it was the right thing to do. He felt obligated to help.

Seven years later, they are still collecting money and school supplies to donate to the Foundation for For Lee County Public Schools

You can see them outside selling lemonade on Friday from 5 to 7 p.m. and Saturday from 9 to 11 a.m. on Plumosa Drive off McGregor Blvd. in Fort Myers.

The boys’ mother, Tina Gelinas, estimates that their lemonade stand brings in about $1,000 per year in donations.

“It doesn’t take much to do something,” Tina Gelinas said. “So that’s probably [what] the real message is: give what you can.”

Foundation For Lee County Public Schools President Marshall Bower oversees the Gelinas’ contributions to ensure it goes to students in need. Bower was inspired by what the Gelinas have done. However, there is still more work to do. 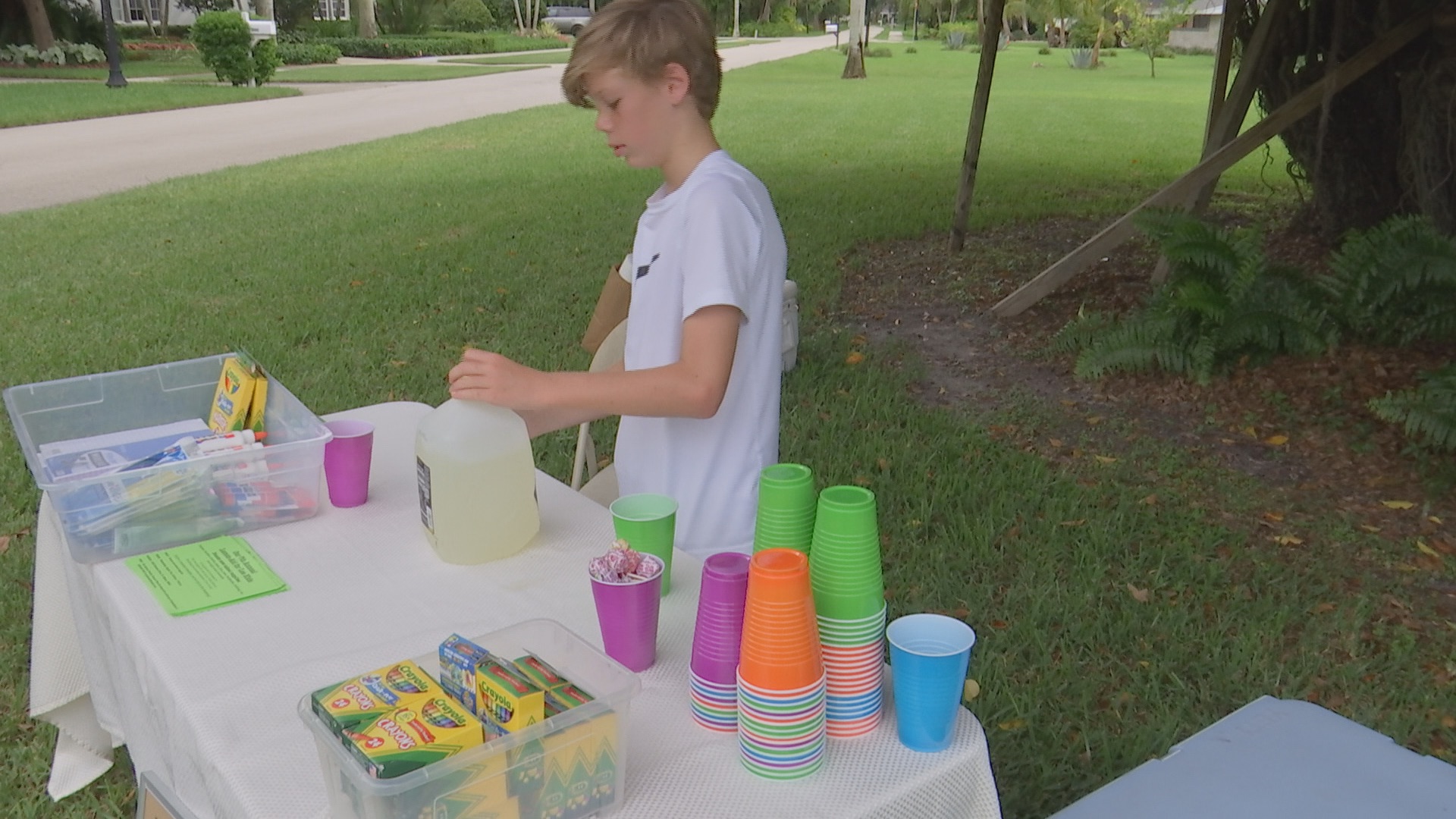 Bower said the number of homeless kids ranges from 1,200 to 1,400 in any given year in Lee County.

“The Gelinas family is like a poster child family for us,” Bower said. “The impact is huge.”

Giving back is all in the family for the Gelinas, as they are inspiring people in their community to take a sip of compassion.

“It definitely changed my outlook on who needs what and that there are really people that need help,” Holden said.