Sea turtles in Southwest Florida have faced challenges over the last couple years, from storms to red tide, but now experts say a record nesting season could be a boon to the species.

As you stroll the beaches in Southwest Florida, you’ll see marked off areas that signal a turtle’s nest is buried below. Oftentimes, a single nest can hold more than 100 eggs.

Official nesting season runs from May 1 through October 31, and this year has been promising with a good May and June, and the numbers are continuing to rise as we get further into the hatching season.

On the barrier island of Keewaydin, just south of Naples, the Conservancy of Southwest Florida operates one of the longest running sea turtle research programs in the country.

Senior biologist Dave Addison has led the loggerhead turtle research at the Conservancy for 30 years. He says after the many deaths last year, and the year before with Hurricane Irma, he’s expecting a strong season this year. 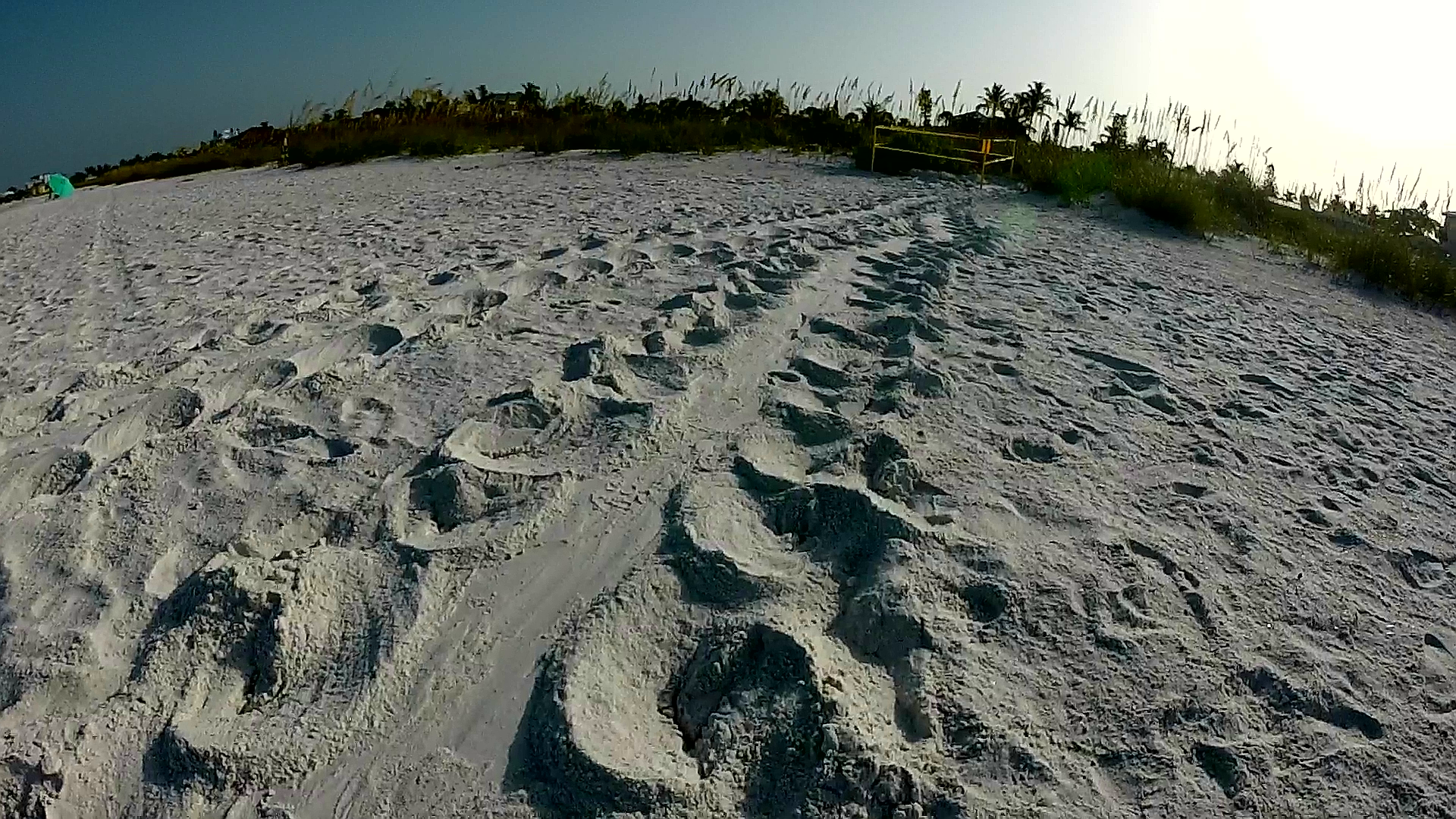 “Last year they had a record number of turtles that they attributed the deaths to red tide,” Addison said.

Researchers say the resurgence of turtles this year is important because of their place in the food chain that needs protecting. Green turtles dine on sea grass, which keeps the marine ecosystem in check. The leatherback turtle contributes by eating jellyfish, which, if you’re a beachgoer, is a good thing.

Mary Rose Spalleta has been monitoring sea turtles as a volunteer with nonprofit Turtle Time for more than 5 years.

“By ensuring their reproduction, securing their nests, helping the hatchlings get safely into the water, I feel that I am a part of this magic that has been going on for 200 million years,” Spalleta said.

As it is, only one in a thousand hatchlings survive into adulthood, between predators or issues with boats or fishing nets.

Nesting season runs through October, and based on the numbers so far, it may turn out to be a record year. Lee and Collier counties are seeing a 25 to 30 percent increase in turtle nests, compared to the same time last year.

If you see a turtle nest on the beach or turtles in the water, here are tips for what to do:

If you come across a sea turtle that is stranded or dead; a hatchling that is wandering in a road, parking lot; or directions other than the water; or if you see someone disturbing a nest or turtle, call the Florida Fish and Wildlife Conservation Commission (FWC) Division of Law Enforcement at 1-888-404-FWCC or *FWC from your cell phone.

For more information about what to do if you see a sea turtle click here.