Acting Customs and Border Protection (CBP) commissioner John Sanders is resigning from his role as the top immigration enforcement official amid renewed scrutiny over the treatment of young migrants in U.S. custody at detention centers. CBP sources tell CBS News his resignation will be effective July 5.

Sanders was installed at CBP after its former chief, Kevin McAleenan, was tapped to fill the top spot at the Department of Homeland Security after former Secretary Kirstjen Nielsen stepped down.

Sanders’ departure from the administration comes after public outrage over reports of hundreds of migrant children who were found last week living in squalid conditions at a border protection facility in Texas. Roughly 300 of the children at the Clint, Texas facility, just outside El Paso, were moved to other sites after reports emerged about the conditions, but about 100 have since been returned to the facility, a CBP official told CBS News on Tuesday.

Speaking on the House floor on Tuesday, Rep. Jim McGovern, D-Massachusetts, said Sanders had succumbed to
“public pressure”, but “unfortunately, the president keeps replacing with people who continue to enforce policies that are cruel…that separate children from parents at the border…treat children worse than animals at the border.”

Sanders joined CBP in July 2018. He was previously an adviser for an investment firm and CEO of a private intelligence firm.

This is a developing story. 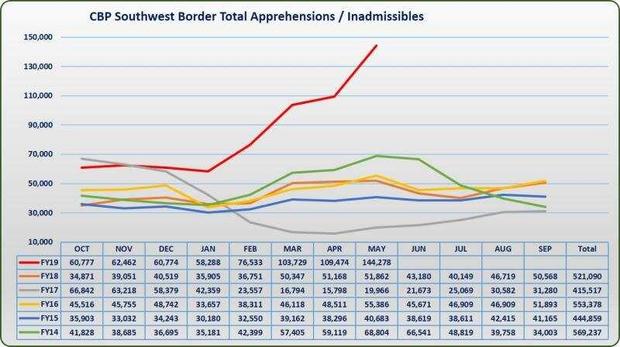