Southwest Florida Crime Stoppers say they are asking for the public’s help identifying and tracking down an armed suspect who robbed a North Fort Myers 7-Eleven early Friday morning.

According to Lee County Sheriff’s Office, around 2 a.m., an unidentified suspect wearing all black clothing and a multicolored mask, entered the 7-Eleven at 17930 N. Tamiami Trail, demanding cash. 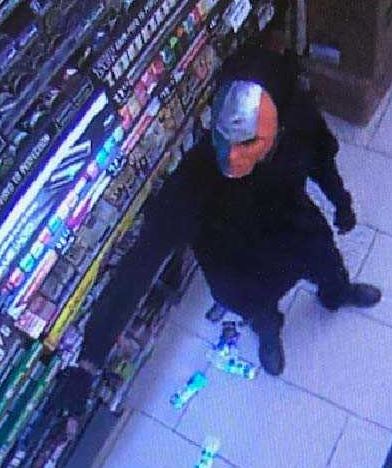 He immediately pulled out a black semi-automatic pistol and pointed it at two clerks before jumping the counter and hitting one of the employees in the face.

In fear for her life, the second clerk opened the cash register and handed over an undisclosed amount of cash. The suspect fled the scene after getting the money.

Anyone with information on the identity and whereabouts of the suspect is asked to call Crime Stoppers at 1-800-780-TIPS (8477).  All callers will remain anonymous and will be eligible for a cash reward of up to $3,000.