A school bus carrying 6 students was involved in a crash early Wednesday morning and injured one person.

According to Florida Highway Patrol, the bus was traveling east on Leeland Heights Boulevard attempting to make a right turn on to on to Richmond Avenue. 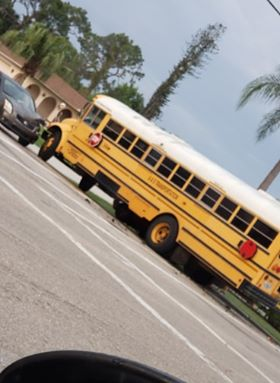 While doing so the front of a second vehicle that was traveling on Leeland Heights hit the right side of the bus. This caused the left side of the bus to strike another car.

The driver of the second vehicle was transported to the hospital and released with no reported injuries.

None of the students on the bus were injured.