Have a gold star on your driver license? You’ll need one to fly, starting next year

If you don’t have a gold star on your driver license, you may have trouble getting on a flight next year.

The star indicates your license is Real ID compliant. The Real ID Act became effective nationwide on May 11, 2008 and Florida began issuing the compliant credentials after January 1, 2010.

The new credentials have a star in the upper right corner of the card, as shown in the sample license examples below. Florida is a Real ID compliant state and all Florida licenses should be accepted nationwide.

Floridians will first see enforcement at nuclear power plants and restricted areas of certain federal facilities. Enforcement at airports across the country will not begin until October 1, 2020.

Click here for a chart that summarizes the four phases of enforcement.

Florida residents can check out the Florida Department of Highway Safety and Motor Vehicles website for more information. 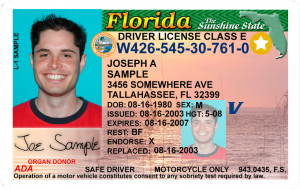 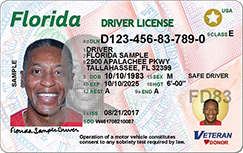