An employee at the VA Medical Center was shot Wednesday night around 6:20 p.m., according to VA spokesperson.

The spokesperson confirmed that a doctor was shot in the neck by Larry Ray Bon, a double

amputee. However, that doctor was able to subdue Bon after being shot.

That doctor, who hasn’t been identified, went in for surgery at St. Mary’s Medical Center and is expected to be OK.Another bullet grazed a female staff member.

The 59-year-old patient came to the VA in a wheelchair around 8:30 a.m. and had been combative all day, according to the VA. While staff members were checking his emotional state, he pulled out a small handgun and fired multiple shots. 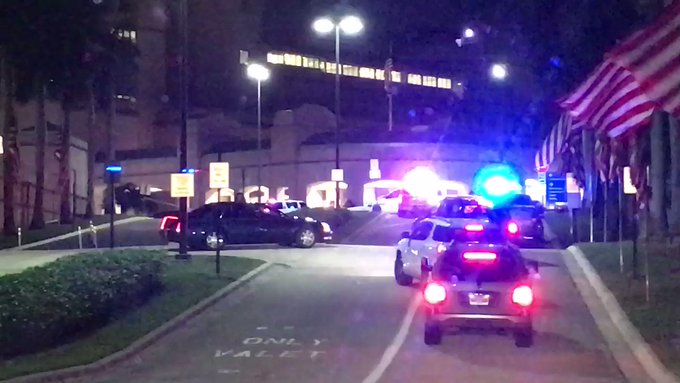 Bon was taken into custody and no one else was harmed, according to Justin Fleck, Asst. Special Agent in Charge from FBI Miami. Bon is not being cooperative.

Bon lives in West Palm Beach, but is originally from Michigan, authorities said. His injuries as an amputee were not combat related.

Authorities say Bon may have been a homeless veteran and served in the U.S. Army for a short period of time. The FBI says there are also warrants issued in Michigan for Bon’s arrest.

The facility is secure and will remain operational for scheduled appointments and procedures Thursday, according to the VA.

A number of VA employees are raising concerns about safety after the shooting. They say not all of the entrances at the West Palm Beach Hospital have metal detectors.

A patient tells us when she comes to this facility all she shows is a driver’s license. The VA has at least two entrances from the street.

CBS12 reporter Niala Charles has more on what employees had to say:

An incident has occurred this evening at the West Palm Beach VA Medical Center. There is no danger to patients or staff at this time and the area has been secured. We are working with local law enforcement and the investigation remains ongoing.

The FBI is on the scene and leading the investigation.