The criminal justice system is trying to stem the tide of mentally ill people cycling in and out of jail.

Tom Ruggiero was one of those cases, as he used crime to help cope with the pain of losing his wife among other family members.

“I was just like I can’t do this, I can’t do this anymore. I can’t fathom another birthday, holiday, anniversary, anything without my wife,” said Ruggiero.

MORE: See the latest on how Collier County is tackling mental health head-on.

His wife died in a car accident after celebrating remission from cancer. She was one of many family members’s he has lost.

A day after Christmas, he took the last of his wife’s cancer medication and went to sleep hoping not to wake up.

He ended up at the David Lawrence Center under Florida’s Baker Act. After being held for a psychiatric evaluation, he was put in jail for violating probation.

“The first month I didn’t know what was going on. Nobody could give me any information, my lawyers, nobody. But they were hatching a plan, the prosecutor the judge and my lawyer to get me into mental health court.”

“It is highly individualized. It is essentially compelled treatment but they opt into it, which is how we are able to then compel the treatment. They agree to be bound to do whatever the doctor directs them to do and we simply enforce the compliance with their treatment plan,” said Judge Martin.

Despite some inevitable setbacks, the program has a 69 percent success rate, with only 21 percent rearrested within 3 years. Even for those who did not finish the program, recidivism is 40 percent.

Ruggiero graduated from mental health court in less than a year.

Trauma Therapy gets to the root of deep-seated pain and finally heals it, and because of it, today Ruggiero has a job and a devoted family.

As mass shootings are becoming more rampant, schools and communities are focused on mental health issues more than ever before.

With the school shooting in Parkland and others, many signs were missed that could have possibly prevented the loss of life that took place. Collier County Sheriff’s Office is taking the necessary steps to make sure nothing like that happens again.

WINK News took a look inside a housing unit at the Collier County jail, where Sheriff Kevin Rambosk says too many times mental health patients end up inside a cell instead of in treatment where they can get the help they need.

“If we can refer people away from the jail to receive mental health help prior to a criminal act particularly, it will save money, it will save time, and it will make the community safer,” said Rambosk.

“At least half the population of the jail or more at any given time is being referred for mental health help.” – Collier County Sheriff Kevin Rambosk

The sheriff’s office spent more than 2.5-million dollars last fiscal year towards mentally ill inmates for medical costs and supervision. That amount excludes any food or extra staffing that was often needed.

“At least half the population of the jail or more at any given time is being referred for mental health help,” Rambosk said.

The sheriff’s office says that would be even higher if it weren’t for the crisis intervention training, which is an intensive 40-hour course that teaches Collier deputies how to recognize mental illness, and de-escalate confrontations that can lead to arrests.

Sheriff Rambosk also says the community can take part in notifying individuals with a sign of mental illness.

“Communities need to be proactive. When you see someone in need of help you need to make contact with those that can help them and that’s exactly why we started the programs we’ve started here,” said Rambosk. 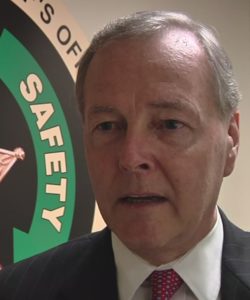 “The sheriff has taken the initiative for us to concentrate on the individual throughout the process,” says Weidenhammer.

“Here in the jail, letting staff know when they come in what information they have so they’re providing that to them at the jail.”

From the moment deputies interact with them on the street, to their time in jail and then released, wellness checks are performed throughout.

“We have a mental health intervention team a licensed clinical social worker that we have contracted with David Lawrence Center and we will take her and simply knock on the door and say hi how are you doing? We’re just here checking on you and making sure things are going well for you. Is there anything we can help you with?” said Weidenhammer.

Some of them are diverted to mental health court for treatment rather than jail time. This is a program that Tom Ruggerio credits for helping him turn his life around, after attempting suicide, when his wife passed.

“The combination of that medicine, this program, and the therapy was the exact recipe that I needed. Yup, so it’s just amazing,” said Ruggerio.

For Sheriff Rambosk, preventing the tragedy before it happens is what’s most important.

“Without that, we will certainly miss individuals that will cause harm to themselves, others, and communities, and some tragically.”

He also says it is the daily interactions with the school system, David Lawrence Center, and National Alliance of Mental Health in Collier, all working together, that has been critical in tackling these complex issues.

Mental health facility overrun with an influx of patients

It is a startling statistic: Suicide has become the second-leading cause of death for children, teens, and young adults. Meanwhile, the number of children being hospitalized under Florida’s Baker Act continues to rise.

The law allows doctors, judges, and law enforcement to commit a person for psychiatric evaluation if they are considered a threat to themselves or others.

We got a first-hand look at the effects the overflow is having at Collier County’s David Lawrence Center— and what help is on the way.

“We’re regularly running situations on a day-to-day basis where we’ve got 12, 13, 14 children that are needing to be on our unit.” -Scott Burgess, CEO of David Lawrence Center.

As Collier County’s only Baker Act-receiving facility, young people are brought there whether or not there are beds available. Out of 30 beds, only eight are for children.

“We’re regularly running situations on a day-to-day basis where we’ve got 12, 13, 14 children that are needing to be on our unit,” said Burgess. The center has to bring in cots to make room for the overflow.

Lindsey and Lindy Thomas have a personal understanding of what the families go through when their kids are mentally ill.

Their son, who is now in his 40s, battled the illness at a young age and was in and out of the hospital several times.

“Many times we stayed in the hospital or facility for weeks, months going through different trials and different medications,” said Lindsey Thomas.

Doctors were finally able to find a medication that worked for their son, but the couple says it was a long road to get to that point.

“It’s literally heartbreaking as you watch them struggle and try to maintain their life and what’s going on and deal with family,” said Lindy Thomas.

Unfortunately, the number of children needing help continues to grow, and the David Lawrence Center reports a 32.5 percent increase in psychiatric admissions of children and teens in 2018, compared to the previous year.

Psychiatrist Edwin Gomez sees the issues at the facility first hand, as he is the one who evaluates the children when they are Baker-Acted. Though it is challenging to pinpoint a specific reason for the increase, he says it could partly be because of greater awareness overall, and especially social media. 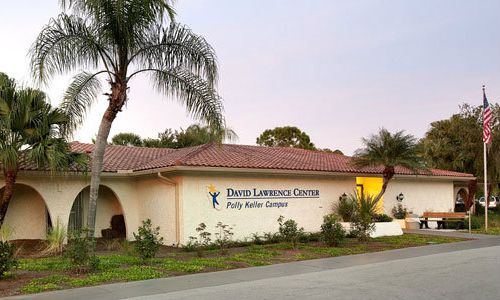 As more celebrities openly share struggles with anxiety and depression, it appears more young people are making a public call for help. “Children are expressing themselves more with social media, Facebook, Instagram, Snapchat…we get a lot of those admissions with patients saying they’re depressed and are thinking of ending it all,” Dr. Gomez said. “Luckily they have friends and family that care for them, and as soon as they see the message they call police.”

Once they arrive at the Center though, Dr. Gomez says the limited space presents a struggle.

The most recent annual report also shows up to 40 percent of Baker-Acted patients at David Lawrence Center had to be moved to other counties.

“A lot of time when we’re packed to the maximum, we have to consult with other facilities to see if they will take our patients,” said Dr. Gomez. “The challenge we get into, parents get upset and I can’t blame them for getting upset for having their child be transferred from here to let’s say Punta Gorda or even Tampa because there’s not a bed available between here and Tampa.”

Good news is, there are plans for a $25 million dollar expansion, which will be funded by the one-cent sales tax Collier voters passed last November. Even so, Burgess says that funding is just for the building, and much more will be needed to get it up and running.

Meantime, the David Lawrence Center plans to turn to private donors for a $400,000 expansion of its children’s unit to add six more beds by August.

As for Lindy and Lindsey Thomas, they encourage struggling families to join family support at a local chapter of National Alliance on Mental Illness. That support is what helped them carry on in the most challenging of times.

“During this process, there are lots of spirals up and spirals down. Hope and heartbreak, and then happiness and disappointment,” Lindy Thomas said.

“Don’t give up,” adds Lindsey Thomas. “You’ve got to keep looking. There is hope.”

Florida ranks last on the list when it comes to spending for mental health care, but Collier County is working on wide-reaching plan, that will make it a top priority.

Solis spent his first year in office digging into the factors he says stall mental health treatment, and meeting with those who had touchpoints with the mentally ill, like Judge Janeice Martin who runs Collier County’s Mental Health Court.

“When Commissioner Solis got elected, he said ‘Well, I want to try and understand the issue,” Judge Martin said. “And we kept sort of blowing his mind because every time he thought he got his arms around it, there was more to it.”

The issues included jails being forced to house mentally ill, when they really belong in treatment.

Solis says the issue that arises when patients are sent to the center is they are overwhelmed and often don’t have enough beds.

“David Lawrence Center only has 30 beds for our community mental health function. That means we have a total capacity of 30 beds for almost 400,000 people in Collier County. Do the math and you realize immediately that it’s not enough. So we end up holding these people for a certain amount of time and then releasing them,” Solis said.

The need for more room, means the planned $25-million dollar expansion can’t come soon enough. In the meantime, Collier Commissioners are working with a team of experts to develop a strategic plan for mental health.

Solis wants the county to collect information from law enforcement, the courts, and others to make decisions based on data, and not just ideas.

The Mental Health committee will present its plan to Collier Commissioners in June with hopes of finalizing a plan by year’s end.

Below are mental health resources available to Southwest Floridians at the national and local level.

The National Alliance for Caregiving offers a free handbook
Circle of Care: A Guidebook for Mental Health Caregivers

Roadway clear after bus fire on I-75 in Collier County

Charlotte CARES helping businesses get back on their feet