One week ago, Leroy Hommerding was murdered outside the library where he worked.

The town of Fort Myers Beach continued to mourn the loss of their beloved library director Saturday during a memorial service at the library where he worked.

Deputies say Hommerding was stabbed to death outside of the library Sunday morning.

And now, a memorial blossomed with flowers and books.

Library board member Rick Sebastian said Hommerding was raised on a farm in Minnesota. A state where about 20 family members were in attendance from.

It was special for Hommerding’s Fort Myers Beach/Library “family” to meet his family from Minnesota and swap memories, they said.

After the public memorial, there will be a private service for family only. 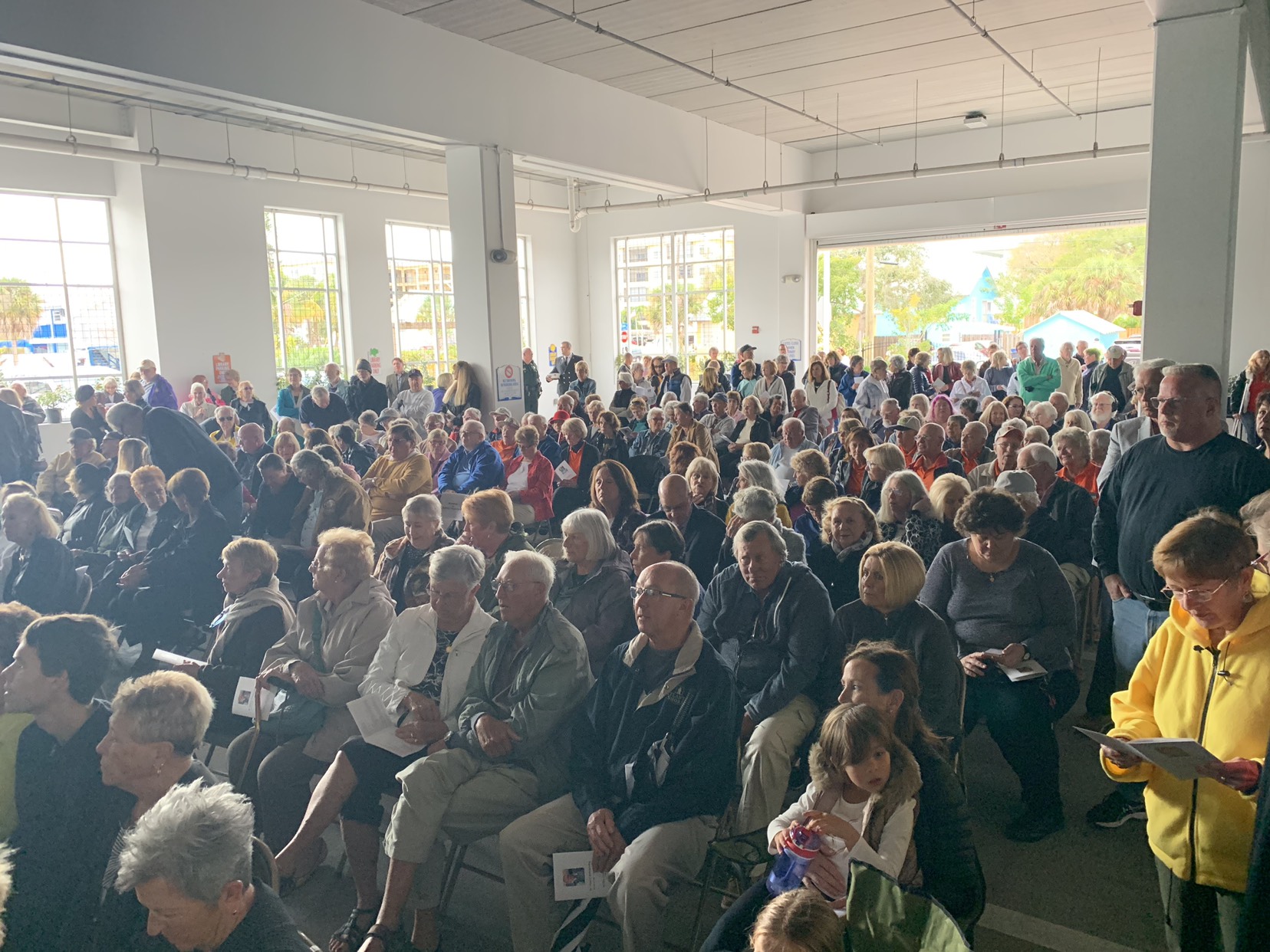 Those who knew Hommerding say he was the lifeline of the Fort Myers Beach Library.

His character shining through every book he shelved and every friend he made, which is why those close to him say its hard to say goodbye.

Police identified Adam Soules as the suspect. Since his arrest last Sunday, new details have emerged, including a confession.

Deputies say they have reason to believe Hommerding’s death was premeditated murder.

Those close to the beloved director say the hardest thing to cope with is the violent behavior Soules has shown in the past.

Fort Myers Beach resident Scott Safford said, “If it is the same gentleman that stabbed somebody 10 days ago he should’ve been locked up. Enough is enough. I think that’s how this whole island feels right now with the situation. Enough is enough. Something needs to be done… The island is going to miss him terribly. This building is going to miss him and it was his life.”