House Speaker Nancy Pelosi, D-Calif., is formally asking President Trump to delay his State of the Union address scheduled for Jan. 29, or to submit his thoughts in writing instead.

In a letter sent Wednesday morning to the White House, Pelosi cited potential security concerns given that federal agencies are stretched thin, given their furloughed or unpaid workforce.

According to the Constitution, Mr. Trump could simply submit his thoughts on the state of the country in writing if he so chooses. George Washington delivered an in-person address to Congress when he served as president, but in-person appearances on the matter didn’t become the norm until former president Woodrow Wilson began doing so in 1913.

The current partial government shutdown is now the longest on record, surpassing the previous record in the Clinton era from 1995-1996. 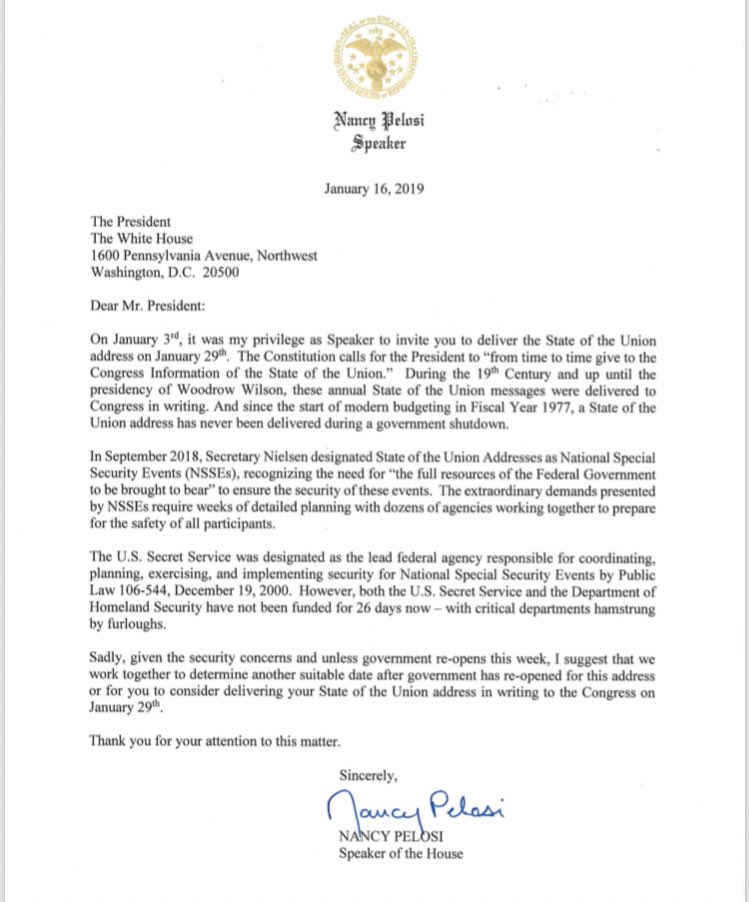