Most airlines increased flights to Southwest Florida in 2018

Air travel data from the US Department of Transportation shows that between January and September 2018 all but one airline increased flights through Southwest Florida International Airport.

Frontier increased flights by more than 40 percent, the biggest jump for any airline analyzed by WINK News. Southwest Airlines was the only airline to have an decrease in flights into RSW, cutting back by around 10 percent. 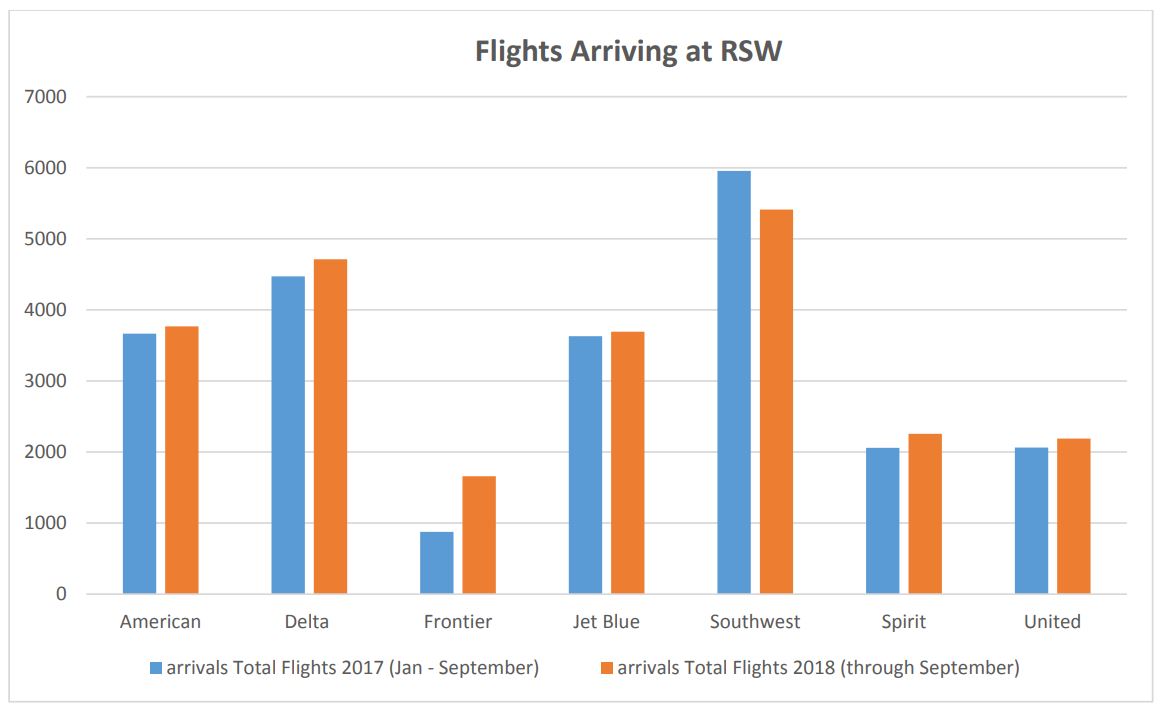 December 2017 to May through December 2018, according to data provided by the airline. The airline was not required to report air travel data to the federal government until 2018 because it was not doing enough business.

For 2018, Allegiant’s on time arrival and departure statistics are now publicly available and show that around 80 percent of flights are on time in Punta Gorda.

The on time statistic for Allegiant is in line with most airlines that fly through RSW, with most reporting flights on time more than 70 percent of the time.

Jet Blue however recorded the lowest on-time percentage for Southwest Florida with 63% of departing flights and 69% of arriving flights on time.

Delta had the best on-time percentage for the second year in a row, with 88% of flights on time.

Flight information specific to airports across the United States is available here.