Cape Coral city leaders are working to make a dangerous intersection safer for you and your kids with the addition of a new walking trail and bike path.

A teenager, Austin Dukette, was hit and killed on Kismet Parkway near Northwest Sixth Place in August 2014.

And neighbors say it’s only a matter of time before someone else gets hurt in the same spot which has no sidewalk.

Sharon Rushlow was in her Cape Coral backyard four years ago when Dukette was hit and killed on Kismet Parkway– she heard “just a loud, terrible noise and I knew it was something awful.”

Today a bike covered in flowers still stands at the site of the crash as a memorial for Dukette. 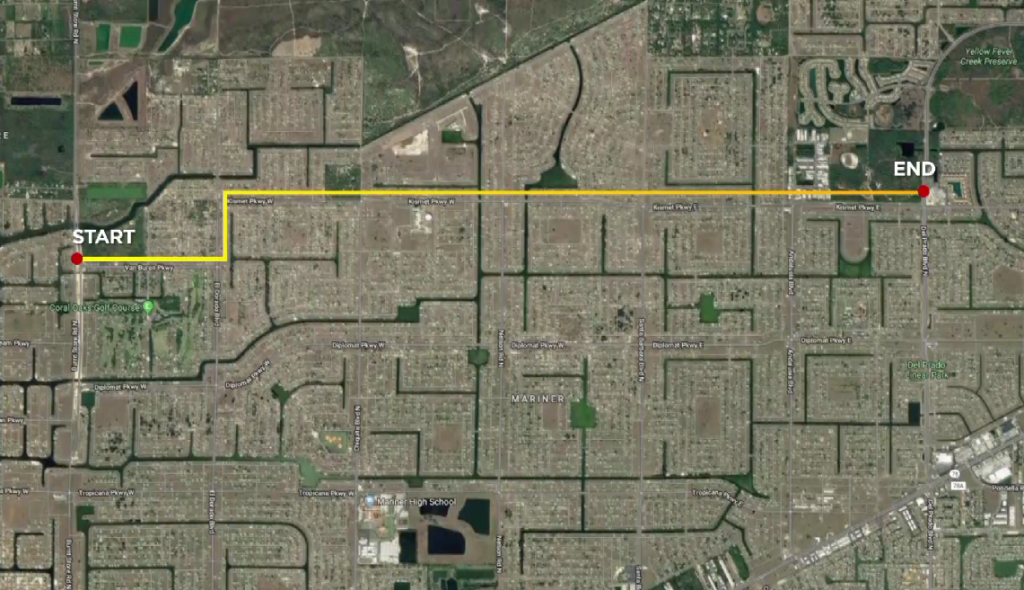 City leaders hope a bike and pedestrian multi-use trail along with more security will improve safety in the busy area.

The SUN Trail shared-use path will run from Van Buren Parkway, along Kismet and the will be 12 feet wide and stretch six and a half miles, costing roughly $9.8 million.

It will be funded by FDOT’s SUN Trail program and construction is scheduled to start next summer.