Three Fort Myers shootings in one week with no suspects, no arrests

Four people are dead and three are recovering from injuries after a rash of shootings in Fort Myers this week.

No arrests have been made and police have not released any information about suspects, which worries the community.

Tuesday night, a father and a step son were shot and killed outside the Bell Tower Shops.

Early Wednesday morning, someone was shot on Thomas Street in Fort Myers and two more people died in a shooting along US 41 Wednesday night. 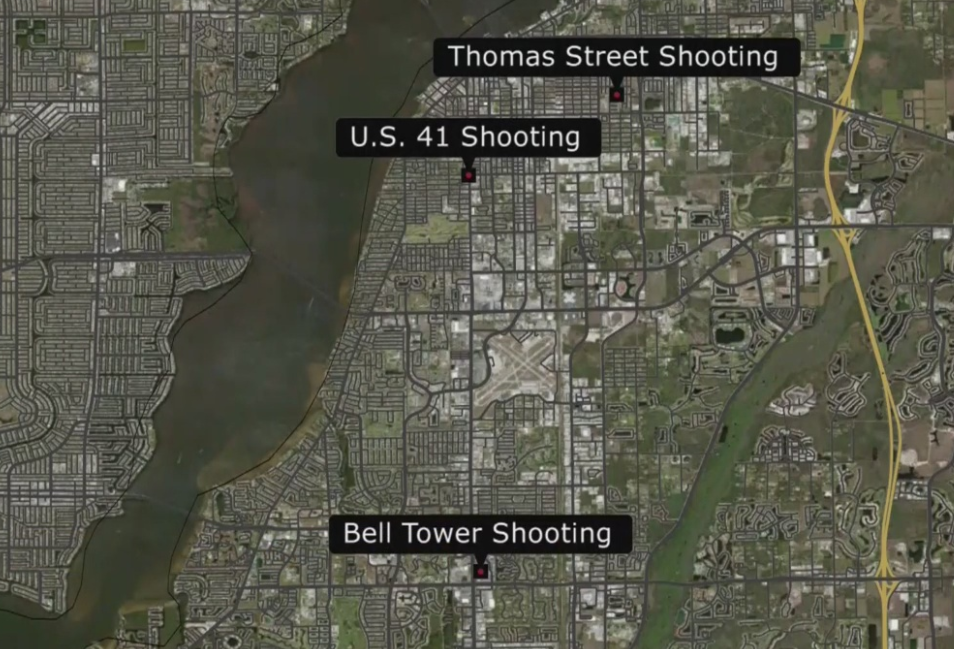 Law enforcement say all the victims in the three shootings were targeted.

“We had a little uptick in some violence in this community over the last 72 hours,” he said. “I cannot get into details. We are on top of it, we are investigating.”

The uptick in violence is something frustrating for neighbors to see.

Kristin Streck says her Dunbar community has seen a reprieve from frequent violence until this week.

“At one point, we were having where you couldn’t get through a seven-day a week without gunfire of some sort,” she said. “It was that bad, and then here we actually had months and there was none and that’s a huge difference and it was a really positive change.”

The shooting on Thomas Street in her neighborhood was one of two in the past few weeks.

The Fort Myers Police department says they have extra manpower on the streets and are on high alert.

But neighbors like Streck say the consolation isn’t enough.

“It just can’t be allowed to stay this way,” she said. “People are dying you know?”