Tropical Storm Michael forms, will roll toward US Gulf coast

Tropical Storm Michael has formed off the Central American coast is likely to grow into a hurricane that could bring heavy rains and flooding to parts of Mexico, Cuba and then the U.S. Gulf coast.

Gov. Rick Scott declared a state of emergency for the Florida Panhandle & Big Bend area Sunday morning in anticipation of the storm.

Today, I will be declaring a state of emergency in the Florida Panhandle & Big Bend & directing the State EOC to activate. Later today, I will receive a full update & briefing on the forecast & potential impacts of the storm from federal, state & local emergency management.

Forecasters said Tropical Storm Michael could reach the Gulf coast by Wednesday. A tropical storm warning was in effect for the western tip of Cuba, while a tropical storm watch has been called for the resort region of the Yucatan Peninsula from Tulum to Cabo Catoche.

Forecasters said they don’t project the storm to reach hurricane force, but it could bring 3 to 7 inches (7.5 to 17.5 centimeters) of rain to western Cuba and 2 to 4 inches (5 to 10 centimeters) over the Yucatan Peninsula and Belize. 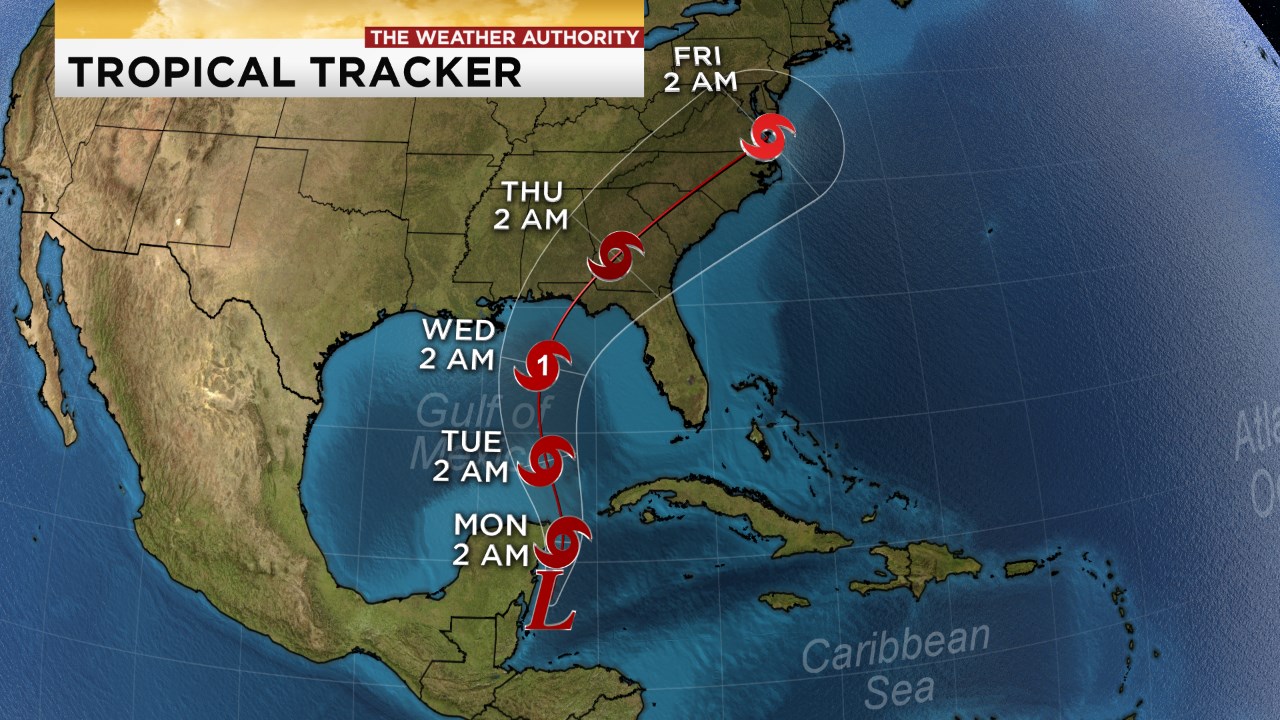 The storm was centered about 190 miles (306 kilometers) south of Cozumel, Mexico, late Saturday and was heading north at 7 mph (11 kph), with maximum sustained winds of 30 mph (45 kph).

Meanwhile, in the Pacific, Category 3 Hurricane Sergio was 1,165 miles (1,875 kilometers) west-southwest of the southern tip of the Baja California Peninsula and taking its 120 mph (193 kph) winds further out to sea.

But forecasters said they expect it to make a U-turn early next week and head back toward the Baja California Peninsula while growing weaker.