Tropical disturbance in the Atlantic has high chance of becoming Isaias

Tropical disturbance in the Atlantic has high chance of becoming Isaias

Subtropical Storm Joyce formed in the Atlantic Wednesday evening, according to the National Hurricane Center.

The storm is currently not a threat to land.

Joyce is the fourth storm currently spinning in the Atlantic, the first time there have been four storms simultaneously since 2008.

WATCHES AND WARNINGS
——————–
There are no coastal watches or warnings in effect. 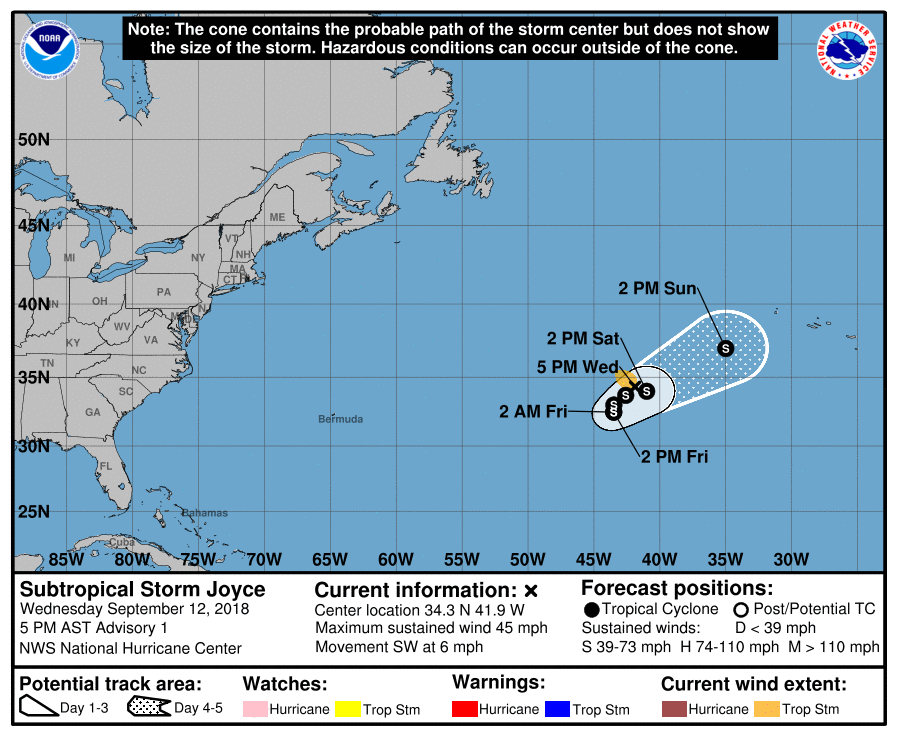 DISCUSSION AND OUTLOOK
———————-
At 500 PM AST (2100 UTC), the center of newly formed Subtropical
Storm Joyce was located near latitude 34.3 North, longitude 41.9
West. The storm is moving toward the southwest near 6 mph (9 km/h),
and this slow motion should continue during the next couple of days.

Maximum sustained winds are near 45 mph (75 km/h) with higher gusts.
Joyce is forecast to transform into a tropical storm by Thursday
and strengthen some.