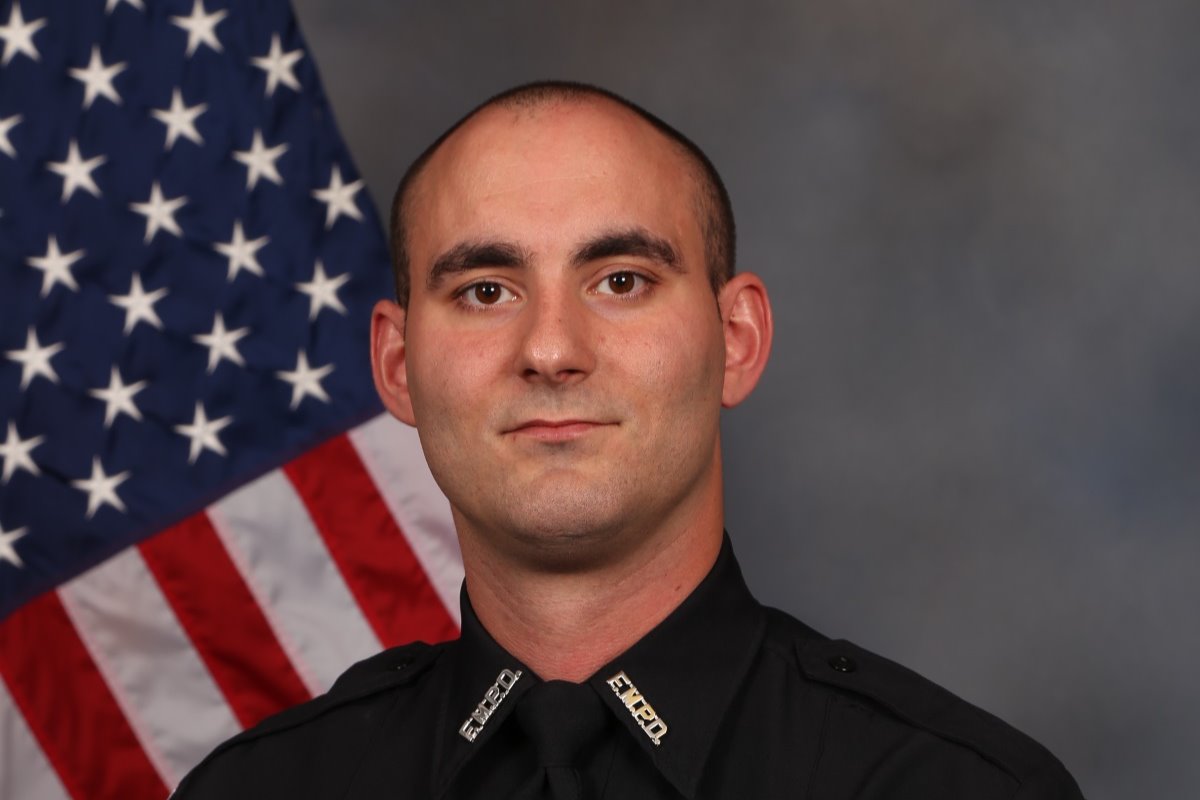 A Fort Myers Police Department officer who was shot in the line of duty passed away Saturday evening, according to FMPD.

Officer Adam Jobbers-Miller has died from his injuries after being shot in the head on July 21, while responding to an incident at a Marathon gas station on Dr.Martin Luther King Jr. Boulevard, according to police.

The suspect, Wisner Desmaret, 29, is in police custody at Lee Memorial Hospital with non-life threatening injuries.

Desmaret faces eight felony charges with the most egregious being attempted first-degree murder. The attempted murder charge was brought before the death of Officer Jobbers-Miller.

Jobbers-miller hailed from the township of Wayne, New Jersey, where he’s a graduate of Wayne Valley High School.

He followed in his father’s footsteps joining a volunteer fire company in Wayne. This week his old fire company asking for prayers on their bulletin.

A message from Undersheriff Carmine Marceno, on behalf of the Lee County Sheriff’s Office:

“It is with deep sadness and regret that we share this information with our followers. This afternoon, Fort Myers Police Officer Adam Jobbers-Miller passed away at Lee Memorial Hospital … On behalf of Sheriff Scott and myself, we pray for everyone affected by this unfortunate tragedy. The brave men and women of law enforcement will continue to protect and serve despite the dangers inherent to the profession. Rest in peace, Adam. You are a TRUE HERO to us all.”

“Our hearts are heavy to learn of the passing of Officer Jobbers-Miller. Police officers like Adam Jobbers-Miller put their lives on the line every day to keep our communities safe. My wife, Ann, and I are praying for his family and everyone in the entire Lee County law enforcement community this evening.”

7:16 p.m. Citizen called 911  saying suspect was hassling a group of people at the Marathon Gas station.

Approx. 7:29 p.m. Officer Jobbers-Miller is taken to the hospital by another officer.

Between 7:30 – 8:00 p.m. Suspect is shot by an officer and transported to Lee Memorial with non-life threatening injuries.

9:04 p.m FMPD confirms in a press conference an officer is in ‘Serious condition’ and in surgery.

2:00 p.m. Chief Diggs names Wisner Desmaret, 29, as the suspect in the shooting. Officer Jobbers-Miller remains in critical but stable condition.

A GoFundMe for Officer Adam Jobbers-Miller, started by the Fort Myers Police Department raises over $27K in 24-hours.

Father of accused shooter reacts to news of son’s arrest in an interview.

Other than non-life threatening, the condition of the suspect remains unknown. Officer Jobbers-Miller remains in critical but stable condition according to FMPD.

In a statement, FMPD said, “The family of Officer Adam Jobbers-Miller and the Fort Myers Police Department are extremely grateful for the donations, thoughts, and wishes that have been extended by members of the community.”

6:50 p.m. FMPD announced Officer Jobbers-Miller “has passed away as a result of the injuries…”

Video captured the body of officer Jobbers-Miller being taken to the funeral home. WINK News reporter Morgan Rynor spoke to residents as the procession passed by. Watch the full segment below:

Protecting yourself, your home from lightning strikes in Southwest Florida

Florida may be ‘last oasis’ for abortion in the South, but 15-week ban looms