Boat goes up in flames on Naples Bay, 3 on board are safe

It was a bad day for one boat owner in SWFL, after stunning video captured his $1.5 million yacht burning up in flames.

The fire broke out Monday afternoon at the Isle of Capri Marina near Marco Island.

The Sea Tow captain who was first on the scene says he tried to save the yacht, but by the time he arrived, it was far too late.

Smoke could be seen for miles as the 68-foot boat burned.

“We could see smoke off in the distance,” said onlooker Tammy Wilson.

Mercier, the Sea Tow captain, said the boat was entirely engulfed in flames. He raced to try to save other boats nearby.

“I was able to pull one boat out of here. The flames were blowing all the way to the east. And I couldn’t get close to the other two,” Mercier said.

After the flames were extinguished, two boats were deemed a total loss, including the charred yacht, which was still docked at the marina. 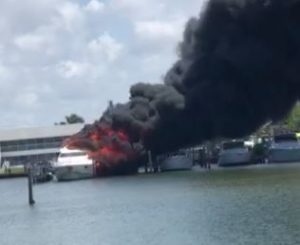 But many were thankful the bad situation didn’t get any worse.

The manager of the marina said the boat’s owner doesn’t live in the area. He added that it could take weeks for the boat to be removed. 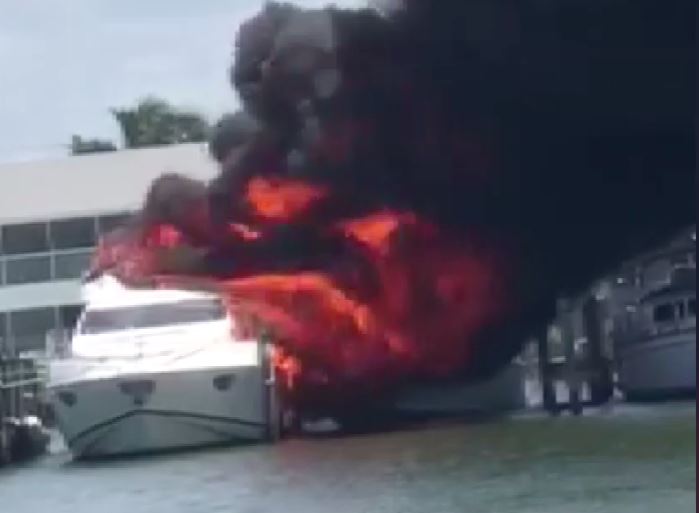 Boat goes up in flames on Naples Bay, 3 on board are safe