Employees shaken up after violent armed robbery at Pizza Hut

Employees shaken up after violent armed robbery at Pizza Hut

The Lee Health System says they’re on track to see more than 1,700 opioid overdoses this year. 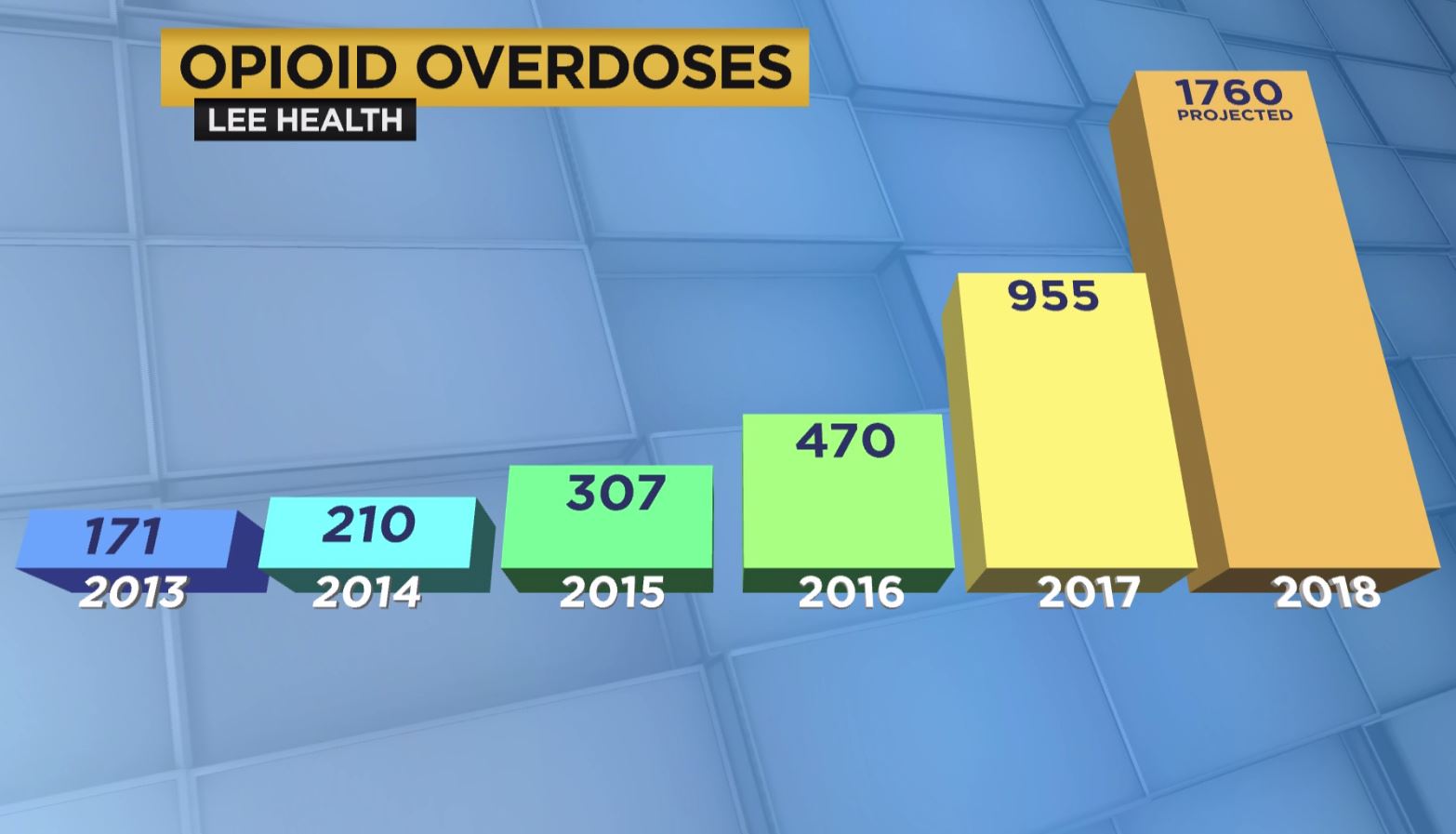 Investigators say a Cape Coral man contributed to the problem by possibly pushing pills out of an Iona Urgent Care Center.

“That’s shocking and that is so unfortunate because it just puts a black eye on everything. You want to trust your medical professionals, and to think someone would take advantage of something like that, it’s just not right,” said Sharron Willingham.

Willingham lives near 48-year-old Eric Holland’s home in Cape Coral and watched as officers raided his house. That’s where they found cocaine, marijuana and a pill-making operation.

“I don’t know what his access was to opioids, what kind of opioids he had, but he was obviously manufacturing some sort of pill, whether he was making it weaker, cutting it, making larger

quantities…but he was obviously doing something,” said Robert Raab with Nextep.

Raab says he’s watched the opioid crisis spiral out of control over the past few years.

“When I was talking to LCSO, what they told me is they respond to like…one DOA a day…and several overdoses a day in Lee County,” Raab said.

“I think it’s getting worse. From what I’ve seen here in Lee County, the amount of fentanyl deaths are going up,” Raab added.

Detectives with Holland’s case removed several items from inside the Summerlin Medical Center over the course of hours where he was the office manager.

The Lee County Sheriff’s Office says the investigation into the facility is active and ongoing.