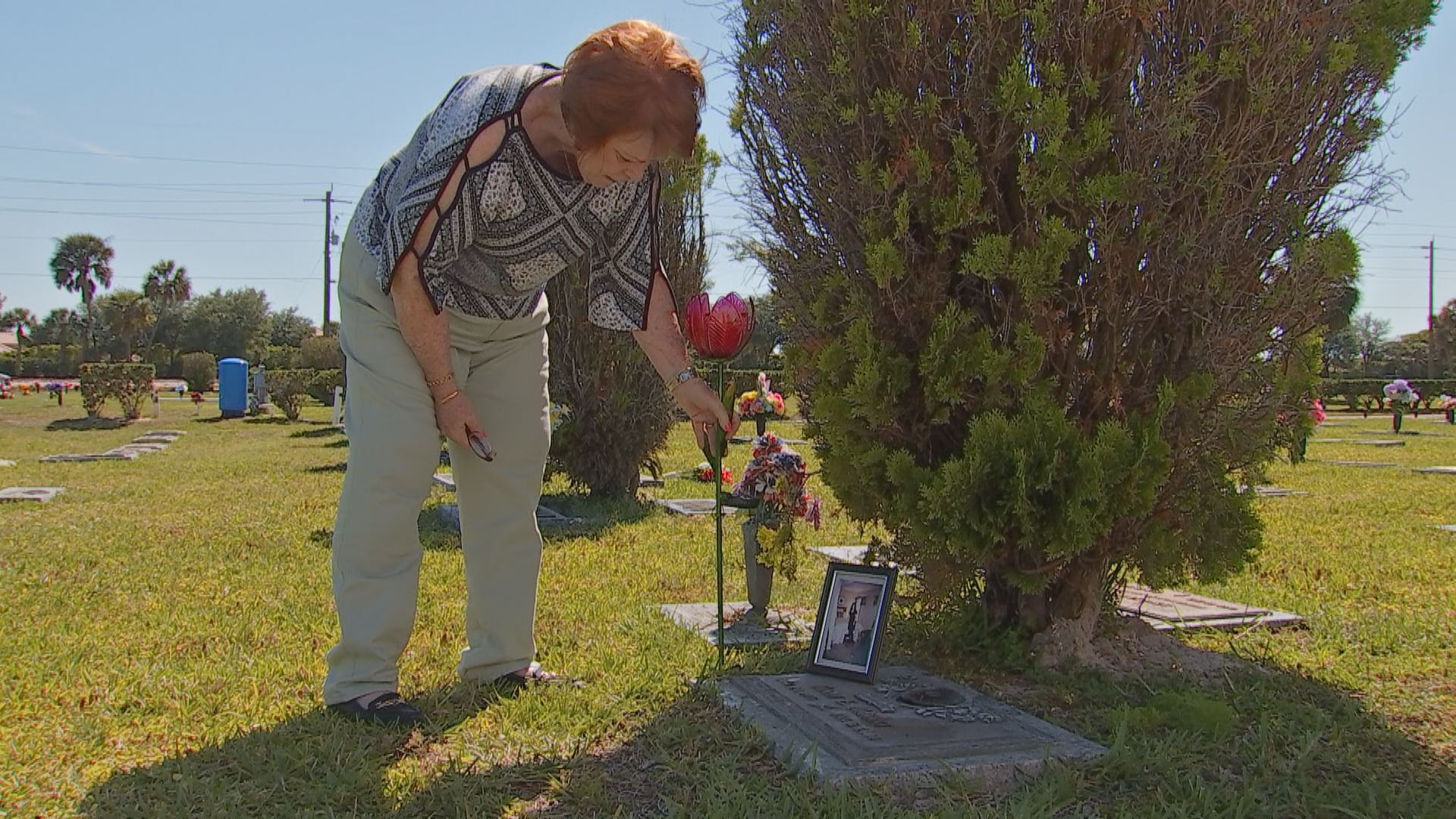 It’s been over a decade since the man who was last seen with Mary Mount led investigators to the shallow grave where he had left her body near Sierra Blanca, Texas.

The desolate area near the Mexico border is the last place Dottie Knapp thought her daughter would end up.

Knapp said she misses her daughter’s company, especially around the holidays, which is when Mount went missing in 2004.

Mount was born with a genetic disorder at only five pounds. At 28 years old, her mother said she still only stood about four-foot-eight-inches tall.

“She told me, ‘you know mom, I really appreciated the fact that you treated me like every other kid and you didn’t baby me,’” Knapp recalled about a conversation with her daughter.

McDonald would later admit to stuffing Mount’s lifeless body in a duffel bag and hauling it across the country.

Mount was going through a divorce with her husband and moved home with Knapp in the last months of her life.

Her younger brother, Steve, described her as being in a very vulnerable state when she met McDonald in a chatroom for a fantasy adventure game.

“She felt like this is a good thing. I can start a new life, a new future with somebody and this guy – he fit the bill,” said Steve Knapp.

Within weeks of meeting, her family said Mount paid for McDonald to travel from Washington to Florida and purchased a hotel room for him in Cape Coral.

Knapp said one night just after the new year in 2004, Mount and McDonald left for the hotel after watching a movie.

Knapp said that was the last time she saw her daughter. Mount wasn’t answering her phone, and eventually the calls would go straight to voicemail.

She said someone had been inside her home, and Mount’s jewelry and computer were missing.

She said initially she struggled to get the Lee County Sheriff’s Office to open a missing person’s case because Mount was an adult.

Knapp said a homicide detective was assigned to the case after Mount failed to show for a divorce proceeding with her estranged husband.

No body, no murder

In 2004, McDonald was extradited from Texas to Fort Myers to face charges.

Even though Mary had not been seen or heard from by her family or friends in weeks, the State Attorney did not charge McDonald with anything related to her disappearance. McDonald was charged with Burglary.

The warrant for his arrest said a neighbor had seen McDonald entering Knapp’s home, removing items with another female who was most definitely not Mount.

Although the warrant detailed Mary as a missing person who had not been seen or heard from by family and friends, none of this information was permitted into evidence at trial.

The public defender successfully moved to keep out information regarding any speculation that Mary was dead.

Knapp said she was told by the prosecutor at the time that because her daughter’s body had not been recovered, there weren’t more serious charges that could be pursued.

“I’m sure the thought back then was, there’s probable cause for burglary. We can continue investigating where is Mary Mount,” said Dan Feinberg, the current prosecutor on Mount’s murder.

In 2004 he was not involved with the case, but said he has reviewed that case file.

A jury found McDonald not guilty on burglary, but guilty on trespassing, for entering Knapp’s home without permission. He was released with time served.

“It felt like somebody stabbing you in the heart,” recalled Mount.

“If this county had done its job, somebody else wouldn’t have had to die. – Steve Knapp.”

He later told investigators he moved there to be close to where he buried Mary’s body.

He moved in with Felipe Andrade, a man in his early 60’s, who according to news reports had a history of taking in transients.

In late 2005, Andrade’s family had not heard from him and when they showed up at his

home found his body buried underneath a camper top in his backyard.

El Paso police arrested McDonald for the murder. He was later convicted and sentenced to life in prison.

While awaiting trial, Lee County detectives came to Texas to question him once again about Mount.

Case files from the Andrade Murder show that he didn’t tell them anything at first. But then, he told Texas detectives he could take them to Mount’s body.

In a detailed voluntary statement, McDonald said he wanted to make clear he did not murder Mount.

But he did admit that Mary died after they had sex and that he freaked out and stuffed her body into a duffle bag and put her in the trunk of her car.

He said he went to Knapp’s home and stole several things before fleeing the state, buying a shovel along the way and ultimately burying Mount in Sierra Blanca.

“I said now you got a body, what are you going to do?”

When Mount’s remains were discovered, they were severely decomposed.

Steve Knapp recalled them arriving in a small brown paper bag, and broke into tears.
“I held my sister’s bones in my hands, no brother should have to endure that,” he said.

Mount’s family thought the State Attorney would charge McDonald with murder given the abundance of evidence and his conviction in Texas.

But for 14 years, Mount’s case has remained an open investigation.

“I’m glad we found her, but if this county would have done it’s job, somebody wouldn’t have had to die,” recalled Knapp.

“This is a case with a lot of circumstantial evidence, that we hope to be able to sure up and charge him if he is in fact the killer,” said Feinberg.

He claimed he and the Lee County Sheriff’s Office is actively working on the case, but would not comment on any timeframe for when there would be an arrest.

Feinberg said McDonald is their suspect but the decomposed remains and the various jurisdictions across many states create difficulties in the case.

Mount’s family feels every year that goes by is another year that someone got away with murder.

“They turned their back on her,” said Knapp.

WINK News reached out to McDonald and his attorney for comment but did not hear back.

CCSO reaches out to tipster in 1995 missing person cold case

Collier County teacher worried about possible return to the classroom

Why educators and parents are resisting face-to-face instruction