Red Tide is killing fish and taking over Gulf waters from Charlotte to Collier counties.

“It is pretty intense looking at every single kind of fish just dead on the beach,” said resident Kye Kowalski.

In Bonita Springs, businesses like Bay Water Boat Club and Rental are taking hits due to lost profits from the algae bloom.

“This morning, we had seven rentals and they cancelled, every one one of them. We went down to one,” said Adam Botana.

But still, some people are setting sail despite the stench and dead fish in the water.

“Born and raised here so I never really had much affect of it unless it’s really bad,” said resident Andrew Valinksy.

According to the latest update from the Florida Fish and Wildlife Conservation Commission, Red Tide levels range from low to high along the SWFL coast, with the highest levels in Bonita Springs. 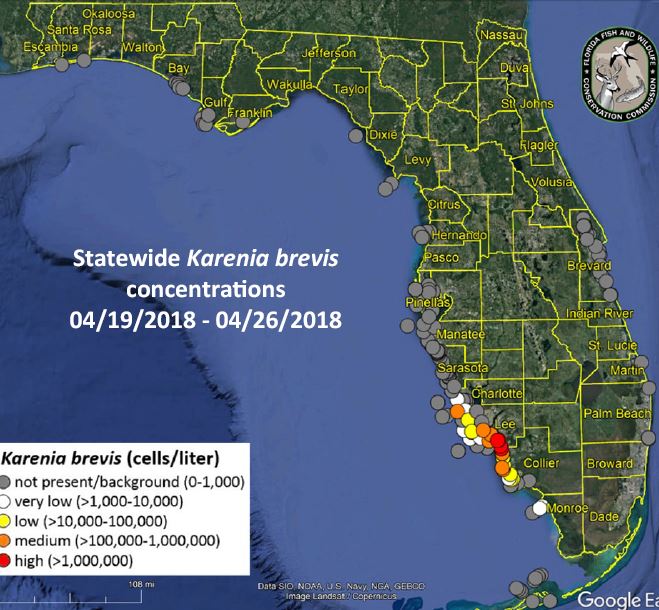 “A lot of members call and say, hey there’s a lot of dead fish. We tell them to go north or south just to get away from it. It’s a natural algae bloom that happens here you know. You just have to adapt,” Botana said.

And adapting is what many are doing.

“If you’re swimming in the water, I don’t think so. I don’t think we will for sure,” Kowalski said. “I got the fishing pole out, hoping I can catch something that’s not polluted.”

The Department of Health suggests if you suffer from severe or chronic respiratory conditions, avoid areas of Red Tide.