Stronger winds pushing to the southwest are making the Greenway fire harder to contain for firefighters.

“We expect possible volatile fire conditions, so in anticipation of that, we’ve brought in overtime to up-staff to meet the need today,” said Nolan Sapp, Assistant Fire Chief of Greater Naples Fire District.

The Greenway fire has burned 16,794 acres and is 50 percent contained as of 9:10 a.m. according to the Greater Naples Fire Chief.

The following roads are closed due to smoke in the area, according to the Collier County Sheriff’s Office:

U.S. 41 eastbound from San Marco Road to State Road 29 was shut down for several hours but reopened around 6:08 p.m., according to the Florida Highway Patrol.

These roads are closed due to heavy smoke:

#GreenwayFire wildland firefighters will be working through the night to reinforce containment lines on the West side and establish additional lines. Winds are projected to be out of the East, pushing the fire to the West. Spot fires are the greatest concern. No updated acreage. 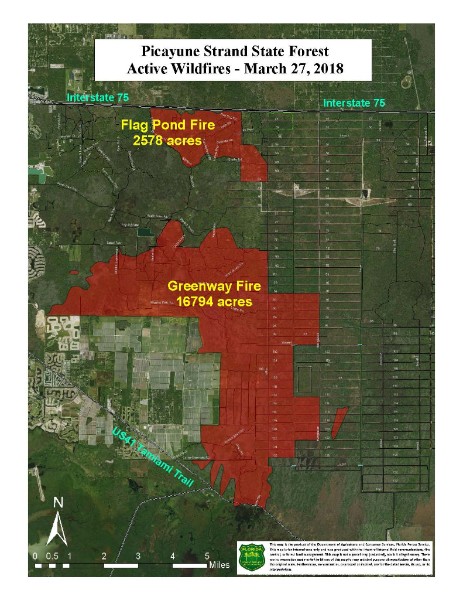 WINK News reporter Hannah Vogel was live as residents expressed their concerns with the smoke surrounding fires in Collier County:

Winds are out of the northeast and are expected to move easterly between 18 and 20 mph, according to a statement from Greater Naples Fire Rescue.

Residents living in Verona Walk, Winding Cypress and near the intersection of Lake Park Road and Tamiami Trail should monitor the conditions, according to Greater Naples Fire Rescue.

This fire has charred 2,800 acres and is 80 percent contained as of 8:00 p.m., according to the Caloosahatchee Forestry Center. 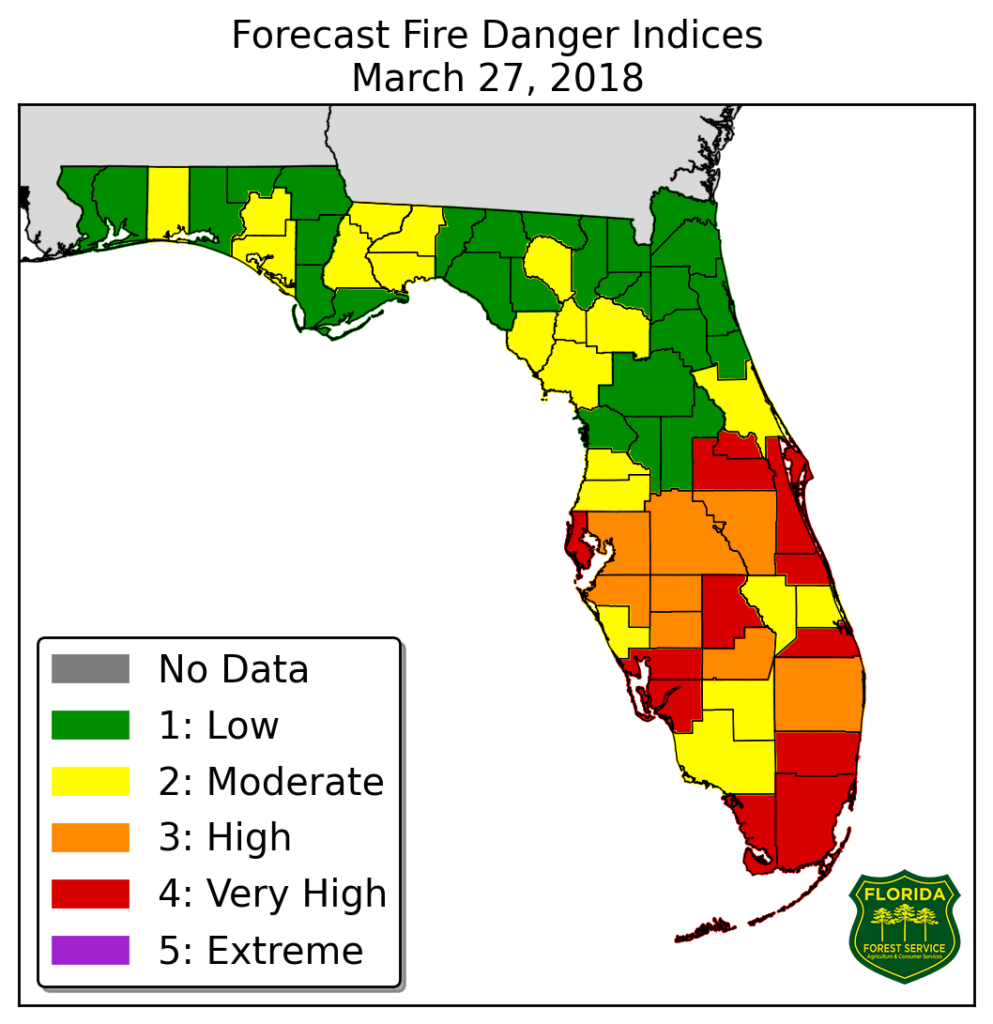 The Florida Forest Service has not issued any mandatory evacuations, but officials stress being prepared in the event they need to leave their homes.

COLLIER COUNTY RESIDENTS: There are no evacuations at this time. Heightened awareness is key, should the threat arrive for road closures and evacuations. Have a plan, gather important documents and medications, plan for any pets or livestock. #GreenwayFire pic.twitter.com/Q5y2MSagvg

There are five things to remember to take with you in the event of an evacuation:

"Heightened awareness is key," @FFS_cafc says of people near the #GreenwayFire. There are no evacuations at this time. But you should have a plan to leave at a moment's notice. #swfl #CollierCounty #WINKnews pic.twitter.com/M43h69lyMU

WINK News anchor Lois Thome spoke more about the five P’s of an evacuation on Facebook:

Fire danger could reach very high risk levels on Tuesday, largely due to dry soil and gusting winds up to 35 mph, according to WINK News Meteorologist Matt Devitt.