It’s a sentiment shared by at least 25 people planning to sue over a plot of land in the middle of Dunbar where toxic sludge was once dumped in the 1960s. 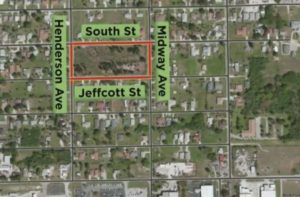 Brookes already filed a notice of intention to sue against the City of Fort Myers, but he is waiting to take action until the results come back from the latest groundwater testing.

“We believe the city placed the population in substantial and imminent danger. There was arsenic out there for years. These wells probably contained arsenic and people weren’t told so they were probably drinking it for a longtime,” Brooks said.

Nearby residents who grew up near the site believe they may have been exposed to contamination and they say no one told them about the threat until earlier this year.

“When I was about 30 my kidneys went out and I’ve been on dialysis,” Dunbar resident Edward Freeman said. “I can’t say it came from that but then everybody, stuff is happening to them and so everybody’s looking at that now.”

If the test results of the groundwater come up with anything hazardous, the attorney will move forward with the lawsuit.

It could take up to three weeks to get the results.