Naples man busted for breaking into cars at the beach 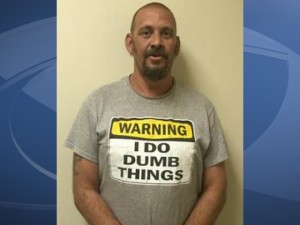 NAPLES, Fla.- During February and March 2015, the City of Naples Police Department investigated several vehicle burglaries that were reported at the beach access parking areas.

On Thursday, Durham was arrested and charged with three vehicle burglaries.

At the time of his arrest, Durham admitted to committing the crimes.

In an ironic twist, when taken into custody, Durham was wearing a shirt reading “I do dumb things.”